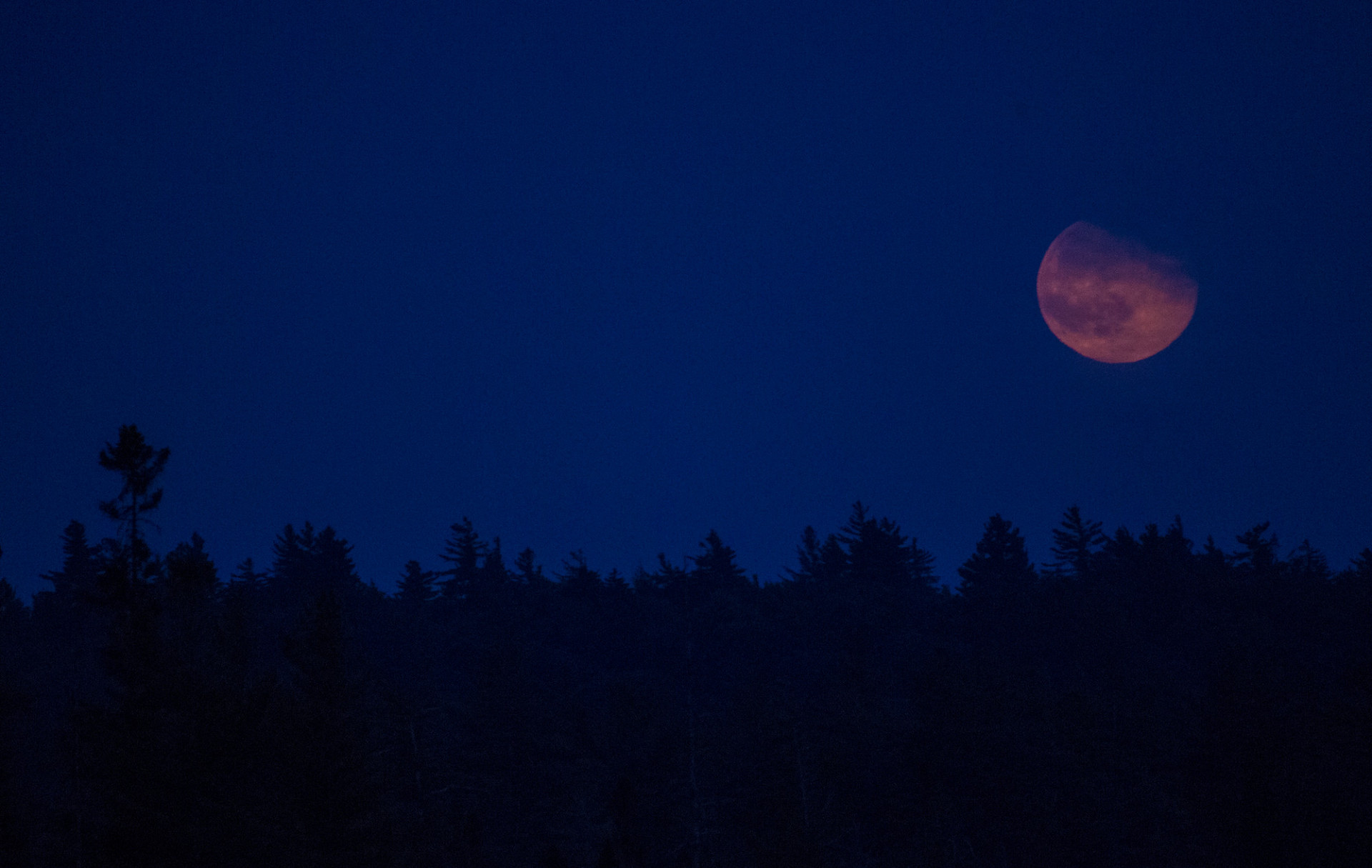 Picture it: Tupper Lake, 2021. Adventurous families, happy couples, and travelers of all shapes and sizes find themselves relaxing under the starry skies of Tupper Lake. Tupper Lake, where there is so little light pollution that views of the night sky are enough to make you want to stay up all night to take in those astonishing nighttime views. People do that. You could do that. 2021 looks to be a beautiful year to spend time looking up, from gazing at the moon to learning about constellations to watching a meteor shower under Tupper's amazing dark skies. There's even a special daytime event not to be missed, as well! So let's dive in and see what's up in 2021.

Honestly, I think the moon is always super, but a supermoon is extra special, and this one? The best of the bunch! A supermoon happens when the moon is full in the sky and is very very close to perigee: the closest point in it's orbit to the Earth. Most supermoons look about 7% larger than a regular full moon. This month's moon, known as the Flower Moon because of springtime in the northern hemisphere, will appear a significant 15% bigger! The reason is that this particular full moon will be the closest moon of 2021. It will be an amazing sight, so if you only see one full moon this year, plan on this one!

Best way to view the supermoon: the moon will rise in the southeast at 9:27 p.m. on May 26. If you can't get up high, such as on top of Coney Mountain, wait a little while for it to rise above the trees. Find a spot that is fairly open, rather than dense with trees, such as a field, public park, or even a parking lot. Wherever you go, bring ice cream!

Fun moon fact: as bright as it seems, the moon only reflects about 10% of the sunlight that hits it.

One of the most amazing things that a person could ever see is a solar eclipse, which occurs when the moon lines up between the sun and the Earth. The size of the moon, combined with the distance (about 93 million miles) between the objects, means that the moon blocks — or eclipses — the view of the sun, all while we're all traveling through space and time! The moon casts a shadow on the Earth and those within the shadow get to see the eclipse.

This is an annular eclipse, meaning the moon won't perfectly line up as in a total eclipse, but in Tupper Lake, a large portion will be covered, making for an unusual sight: a crescent sun!

Best way to view the eclipse: you'll have to get up early! The sun rises at 5:13 a.m. on this day, while the moon begins to eclipse the sun at 4:42, so you'll want to be in position for the sunrise! Find a location with a good view of the eastern horizon to catch the sun as it rises. We love the views from the top of Coney Mountain, but you can also try other spots with an open view toward the east, such as the causeway or even out on the water in a canoe!

Remember: do not look at the sun without special eclipse glasses! You may find them online for only a few dollars. Alternatively, check out these great suggestions for safe viewing. The moon will reach its maximum coverage of the sun at 5:37 a.m., ending approximately one hour later.

Fun solar fact: Light from the sun takes about 8 minutes to travel to the Earth.

Consistently one of the best and brightest of meteor showers, viewing the Perseids is a great summertime activity for everyone. Warm summer nights mean you don't have to bundle up (too much) to enjoy the show. The Perseids are particles of dust and rock leftover from the journey of the comet Swift-Tuttle. At peak and under dark skies, you could see as many as 50-75 meteors per hour!

Best way to view the shower: find a dark spot away from lights, such as Bog River Falls or Little Wolf Beach, sit back, relax, and enjoy! Look for the constellation Perseus in the northeastern sky after midnight, as the meteors will appear to originate from that part of the sky. Bring a blanket and some cocoa in case it's chilly!

Bonus view: just a few nights later, on August 19, Jupiter will be opposite the sun, making it extra bright. If you're out looking at the Perseids, look for Jupiter too! It will be a plump, bright spot in the sky to the southeast, gradually rising through the night.

Fun meteor fact: the largest single meteorite known is in Namibia. It was found in 1920 and weighs more than 60 tons.

I am sorry to have to be the one to tell you this, but unfortunately, this full moon will not look blue. I know, that would be awesome, but don't worry, this moon is going to be gorgeous anyway! A blue moon is said to occur when there are four full moons in one summer. It doesn't happen too often, about once every 2.8 years, so it's a fun opportunity to see a full moon and share it with friends and family.

Best way to see the blue moon: the moon will be just above the horizon at about 8:40 p.m., but you will still get an amazing view later in the evening, when the moon is higher in the sky. It's not hard to find in the sky, so finding a comfy spot where you can sit back and relax and enjoy friendly company is ideal, such as the Little Wolf Beach Campground or the porch of your own cozy cabin!

Fun moon fact: while Earth has one moon, some planets, such as Mercury, have none! Others, such as Jupiter, have dozens of moons in a range of sizes.

By now, you've realized that stargazing and eclipse watching often means keeping odd hours, from midnight adventures to very early morning wake-ups. For this partial lunar eclipse, we'll once again be waking up early to view the moon will in Earth's shadow. Because the moon is lit by the sun shining directly on it, the normal luminous glow we associate with the moon will darken, taking on a gorgeous reddish hue. For this partial eclipse, the Earth's shadow won't cover the entire moon, but that just makes the sight even more magical and unusually pretty.

Best way to see the lunar eclipse: the eclipse will begin at 2:18 a.m. and reach it's maximum at 4:02 a.m. It's a gradual process, so if you're worried about the cold, you can either bundle up or head out closer to maximum.

Fun eclipse fact: On April 8, 2024, Tupper Lake will be in the path of totality of a total solar eclipse, when the moon passes in front of the sun, temporarily blocking its light. We can't wait; will you join us?

While you're in the area, be sure to stop by the Adirondack Sky Center & Observatory shop. There you'll find friendly, helpful staff who love to talk about astronomy and stargazing, plus an excellent array of items including books, star guides, and much more. The sky center is also hosting its annual astrophotography conference in October, so if you're interested in learning more about how to photograph the night sky and meet some awesome people, be sure to sign up!

You can start planning your dark skies adventure now by browsing our lodging options, unique attractions, and can't-miss restaurants.