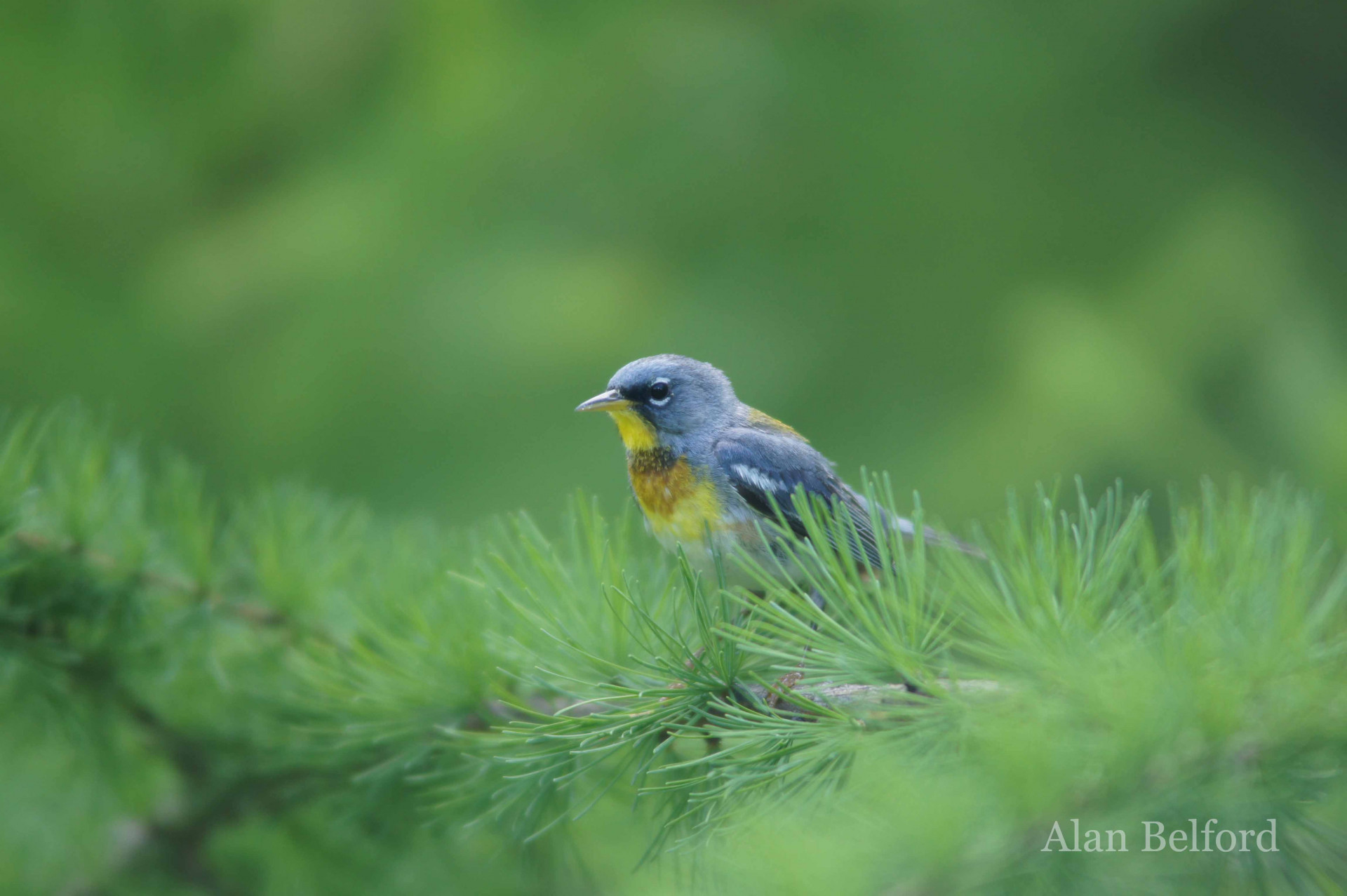 A Great Time to Explore the Region

While snow currently dominates our landscape — much to the glee of me and my cross-country skis — the longer days and warming sun tell us that spring is on the way. It will just take a while in arriving. But once it's here it will come with an entourage of birds at it heels.

These include the vireos, tanagers, warblers, sparrows, thrushes, hummingbirds, swallows, and all the other songbirds which grace our region during the warm months. But it also includes raptors and waterfowl and other species not always immediately associated with spring. The latter are often the first birds to be noted, as they show up on area lakes throughout the region, taking us to the first of a few locations for birders to explore this spring.

The big lake which sits at the center of town runs south, traced along its eastern side by Route 30, and offers birders a string of places, such as the overlook near the Lakeside Lanes bowling alley, the pull-offs along the causeway, and the boat launch from which to view the marsh. As soon as the ice on the lake begins to break up, the holes are soon filled by migrating waterfowl of all sorts — like Bufflehead, Hooded Mergansers, Common Mergansers, and Ring-necked Ducks. Any aquatic species which migrates through the Adirondacks can be found, and soon after the ice opens up in April they will be joined by our first Common Loons of the season, adding the wild ambience of their calls to the once quiet waters.

The same is true of the pumping calls of American Bitterns from Tupper Lake Marsh, and evening trips during spring could also find grunting Virginia Rails and winnowing Wilson’s Snipe as well. More exciting still, a few years ago Tupper Lake Marsh became the first site in the Adirondacks to host nesting Sandhill Cranes, and the bugling pair are often best viewed from either Raquette River Road or Stetson Road, where they often feed in the fields. Add all of that to a list of songbirds which can be found in and near the marsh during the spring and you’ve got a must-stop place on your birding itinerary.

Another site centered on an open wetland ecosystem, the Spring Pond Bog Complex offers a mosaic of habitats for birders to explore. Reached on the west side of Tupper Lake from Haymeadow Road to Pitchfork Pond Road, the complex requires a permit in order to enter it, which birders can attain by calling the Adirondack Chapter of The Nature Conservancy in Keene Valley (518-576-2082). TNC owns and manages some of the best sites in the Spring Pond Bog Complex, including the bog itself and they will send a map of the area along with the permit.

The map is a good thing since the network of dirt roads which lead through the complex can be confusing to first-timers. Birders can explore along the roads pretty much anywhere they go, but they need to be respectful of private property and they also must make sure they are parked far enough to the side to allow other vehicles to get past them. That’s not to say the roads are busy – they aren’t – as they cut past small lakes, wetlands, and through woods on their way to the trail which leads through the bog on a glacial esker (owned by TNC, so birders can hike there).

This diversity of habitats translates to a long list of species for anyone who explores the area, including a long list of warblers such as Canada, Magnolia, Nashville, and Palm. Common Loons nest on area lakes, and the forests are home to a variety of raptors such as Broad-winged Hawks and Sharp-shinned Hawks. Coniferous boreal habitats harbor Gray Jays, Boreal Chickadees, and Black-backed Woodpeckers, while the complex is also one of the best places to find Spruce Grouse in New York State, and it is one of the sites where these threatened birds have been reintroduced by the New York State DEC.

The largest bog in the state, Massawepie, like Spring Pond Bog sits entirely on private ground. And like Spring Pond Bog, it is accessed through a long, windy dirt road. The road begins west of Tupper Lake in the tiny community of Gale, passing lakes, woods, and a few trailheads on the Massawepie Boy Scout Camp property, where birders can hike until the camp opens in mid-June (after that the camp properties are off limits until the end of summer).

Birders should bird their way along the entire road, and the complex is excellent for a long list of warblers, including good numbers of Mourning Warblers which can be found in stands of young woods. The road eventually reaches a small parking area near the railroad bed which leads birders through the spreading bog itself, and a spring walk there can find a list of boreal birds like Boreal Chickadee, Olive-sided Flycatcher, Yellow-bellied Flycatcher, Lincoln’s Sparrow, and Black-backed Woodpecker. Add to that the continuing catalog of warblers, and birders will return from their walk with a litany of species to show for it. Birders can follow the railroad bed for as long as they want before turning around to retrace their steps back out to the parking area.

Spring is on the way and spring birding in the Adirondacks is uber-exciting. Start planning your trip today by checking out our lodging and dining pages.